Our Guide to Dog Body Language: Know What Your Dog Wants

Homebonding with your dogOur Guide to Dog Body Language: Know What Your Dog Wants 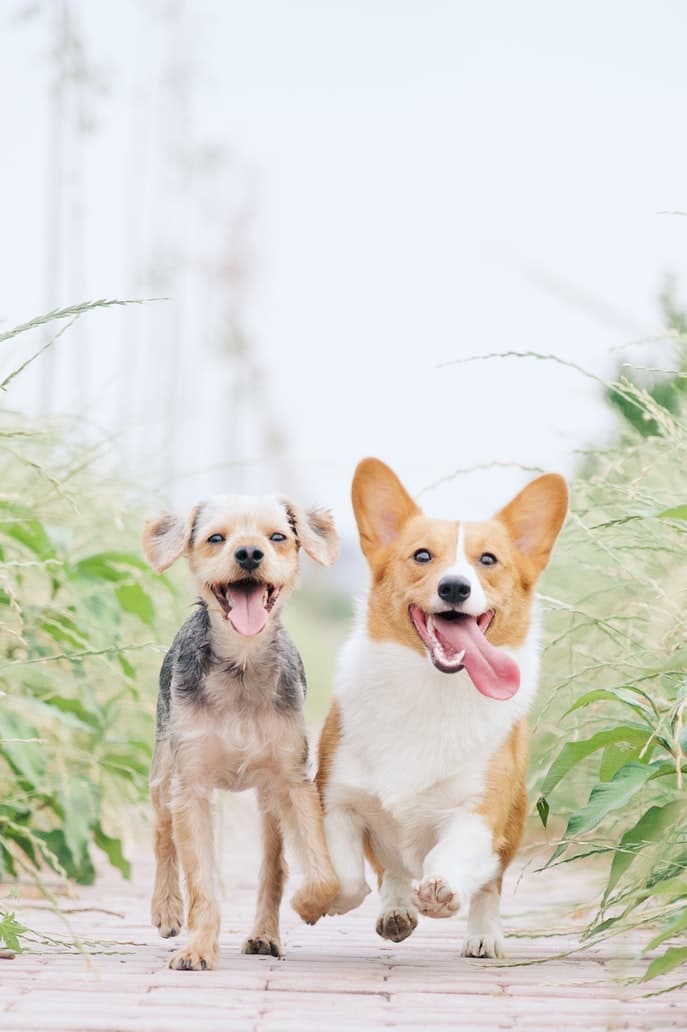 Our Guide to Dog Body Language: Know What Your Dog Wants

Even though dogs can’t communicate the way humans do, they know how to convey what they want using body language. Certain gestures, positions, and barks all signal how they’re feeling. The more you learn how your dog communicates, the more you can understand what they’re trying to tell you and act accordingly. You don’t have to be fluent in dog body language to take care of them, but it would help to know what they want.

To the untrained eye, acquainting yourself with dog behavior can seem complicated. However, with our guide and enough practice, you’ll become a pro at deciphering your dog’s expressions and gestures. Here’s what you need to know:

When dogs are aggressive, they tend to clench their mouths, indicating that something else has caught their attention. Raised, stiff hair on the back of their necks shows that they’re angry as well.

Dogs that shift their weight backward indicate that they’re about to lunge and pounce at something, which can quickly escalate into a violent situation. If they’re glaring at you or another dog, they’re likely feeling aggressive and may act by pouncing or barking.

Dogs show their submissiveness by looking away, especially around people and animals, as it displays their trust. If they roll over on their back and expose their belly, it also shows that they’re comfortable with you and submit to you. Sometimes, dogs do this when playing with other dogs as well.

Another sign of submission is licking their nose or lips, but they sometimes do this when nervous. If they lick other dogs, it means they’re showing respect to what they believe to be the more dominant dog.

Like humans, dogs shiver when they feel many different ways: incredible excitement, physical illness, or shyness. If they tremble around specific people or objects, it may indicate past trauma. Some timid dogs yawn to release internal tension. It can also suggest that they feel uncomfortable. A tense body with eyes wide open, ears pinned back, and a tail tucked between the legs are clear signs that the dog is scared.

Dogs display their excitement in many different ways. When they actively move while having their eyes wide open, they’re overly excited about something. A panting dog can mean an overheated dog, but it can also demonstrate their eagerness. Barking when they see another dog or a specific object is also how they communicate their enthusiasm. Running in circles, chasing their tails is another way to show that they’re very happy, although it may also signal a behavioral issue.

Dogs make a lot of sounds that indicate how they’re feeling. They often want to warn or intimidate another human or dog when they growl, exposing their teeth. However, if the teeth are hidden, then it is a show of aggressive playfulness. If they bark once, it means they’re trying to alert you to something. However, if they bark multiple times, it often means they’re trying to tell you something, like conveying hunger or wanting attention from you.

Whining or yipping often indicates loneliness or discomfort. Groaning or yawning typically happens when they’re in the middle of relaxing themselves. If you catch your dog howling, it usually means they’re trying to communicate with other dogs.

Knowing how to interpret your dog’s gestures, barks, and body language will help you understand them better and deepen your relationship with them. By using our guide, you’ll become an expert in finding out what your dog is thinking.

bonding with your dog, hand signals